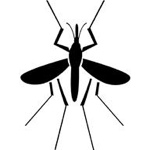 So last night before it was even dark, we saw aerial spraying in the Richardson area. We were out and about, so we were exposed to the neurotoxins. Spraying is needed, you say? The truth is that spraying doesn’t work. A colleague of mine decided to prove this point and obtained permission from a family member to place a mosquito trap in their backyard (where aerial spraying has been conducted). The results, seven mosquitoes were on his hand before he even set the trap. This is just a PR stunt to make us feel that they are trying to eliminate the threat of WNV. BTW, my colleague is a city official who is trying to educate his city council on why aerial spraying doesn’t help. Even if mosquitoes are killed, the larvae survive. What’s the point?? I’m not happy about this. At all. We, the public, we’re not given a voice. City of Richardson, I am disappointed in your decision to follow the Dallas County approach. It is irresponsible and now we have all been exposed to pesticides. 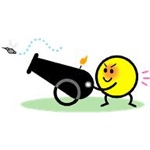