Last week I allowed myself to rest my injured shoulder. Unfortunately, this means that I took a break from my computer work. Last weekend, I made a conscious effort to PUT DOWN my smart phone, stretch out my shoulders, improve my posture, and take breaks to stretch out if I needed to do ANY amount of computer work. The ice pack became my dear friend. I had to take a break from technology in order to help my arm heal, so I did not write my usual in-depth article.

Once again, as if by magic, my Cafecito Break co-host & producer, Rosangel Perez, informed me that our show would be about taking a “tech break”. Rosangel was unaware of my injured shoulder when she selected the show’s topic. (Listen to the show).  So, this week, I am introducing a new feature: What’s In My Pocket…

I love to read. I read articles about all sorts of interesting things. When I am unable to read an article in it’s entirety, I save the link for future reading and research.  Here are some of the articles and posts that I saved this past week (with a little summary intro). 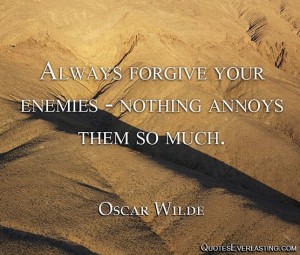 Forgiveness – What are the real consequences of holding on to anger and resentment? According to Dr. Steven Standiford, Chief of Surgery at Cancer Treatment Centers of America, refusing to forgive makes people sick and prevents them from recovering. Forgiveness Therapy is now being used to help treat cancer and other diseases. Read more about it.

Insomnia’s Link to High Blood Pressure – Researchers have found that people that suffer chronic insomnia that took more than 14 minutes to fall asleep had a 300 percent higher risk of high blood pressure (the risk increased the longer they took to fall asleep). Read more about it.

Drugs That Cause Memory Loss – Many commonly used prescription drugs as well as over the counter drugs can cause memory loss.

High-Sugar Diet Impairs Learning & Memory Due to Changes In Gut Bacteria – Researchers at Oregon State University found that a high-sugar, high-fat diet caused changes in gut bacteria. Those changes appeared to cause significant losses in cognitive flexibility. Cognitive Flexibility measures the ability for the brain to switch from thinking about one thing to thinking about another thing and also the ability to adapt to changes in the environment. Some scientists  refer to Alzheimer’s disease as “Type 3 diabetes” because there is an association between chronically elevated blood sugar levels, insulin resistance, and cognitive decline. But don’t just switch to an artificial sweetener, because, according to Dr. David Perlmutter, “Your risk of diabetes is twice as great if you’re consuming diet drinks, which is far greater than if you’re drinking sugar-sweetened beverages.” Read more about it…

Intergenerational Learning Centers – I watched a video about a documentary that is being filmed that showcases a preschool that is in a nursing home. I learned that there are many such facilities around the country. Here’s the article and the video:

Big Food and Its Control over Nutrition Science – The Alliance For Natural Health recently published an article describing how the Society of Nutrition, whose membership includes companies like Pepsi, Coca-Cola, Nestlé, Monsanto, McDonald’s, and Mars, actively promotes policy decisions. As a consumer, I am concerned about the potential conflict of interest that exists when nutritional “advice” is used to shape public policy, particularly if Big Food companies fund the research upon which it is based. Read more about it….

I plan to write a detailed post on several of these topics and would very much appreciate your feedback.

Although I’ve linked directly to most articles, the following additional references were consulted: