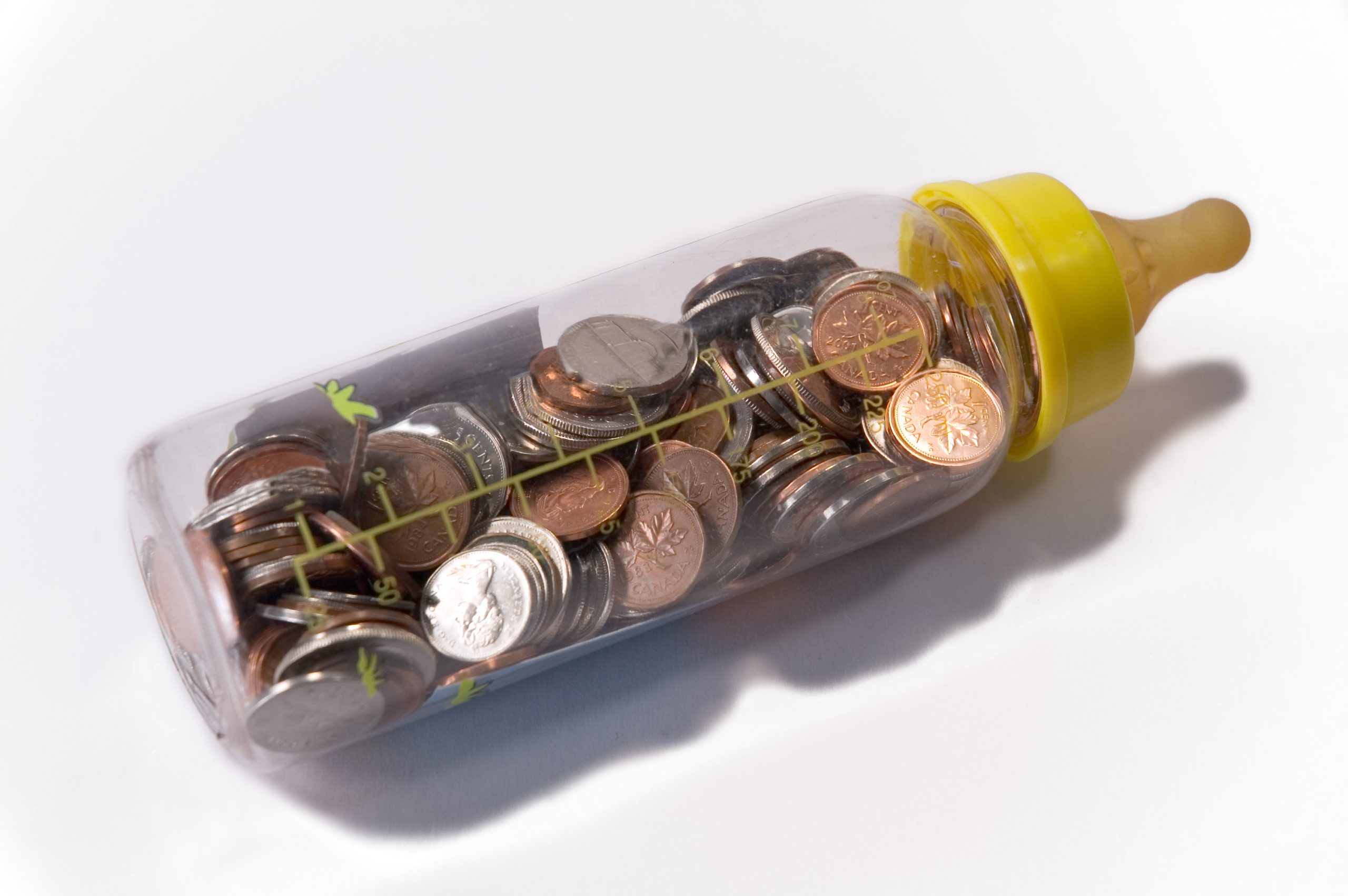 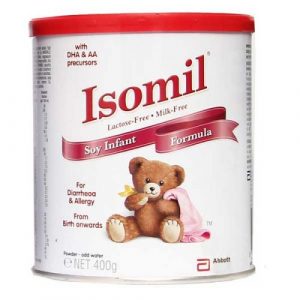 In 1986, when my oldest son was just a baby, I was advised by his pediatrician to feed him Isomil baby formula. The powdered formula container looked a bit different than the pictured one.  At the time, we used to pay around $10 per can.

My parents traveled to Panama after my Dad was released from Parkland Hospital in Dallas after an extensive stay in the Burn Unit (he sustained 1st, 2nd, & 3rd degree burns on 33% of his body on March 24, 1986). More on that later….

After my dad was released from the hospital, with numerous diagnoses and many pharmaceutical prescriptions, my Mom traveled with him to Panama to see their longtime naturopath, Professor Moreno (RIP). He took one look at my Dad’s chest and immediately prepared a calming concoction (from potatoes soaked in water) for him, as his skin was scaling off like fish scales and the itching he was suffering was intense. The concoction brought him immediate relief. He came back to Dallas with a detailed,  herb-based and nutritional protocol. Years later, his physicians were amazed at the lack of scarring on his chest. The discoloration of his skin, so typical of burn areas, was also gone.

Back to the story about the baby formula.

As Professor Moreno developed the required protocol,  Mom walked around the natural food store that was part of his clinic. She saw the same baby formula that  my son used on the shelf at $2.50/can and remarked to the cashier that her daughter (me) was paying around $10/can. So, as was my parents’ habit, they bought an entire case and brought it back to Dallas. Mom actually got a by-the-case discount!!! Their journey back to Dallas was interesting, as they had some issues with customs officials.  They successfully  arrived in Dallas with the case of baby formula.

The baby formula that I received as a gift from my parents was manufactured in Europe (I seem to remember that it was from Switzerland, but I’ve slept since then). Same manufacturer (Abbott Labs). I proceeded to call the customer service department to inquire as to why there was such a HUGE difference in cost for the same baby formula sold in Panama (import costs, travel costs, etc…) than those sold in the United States (manufactured in the U.S.). 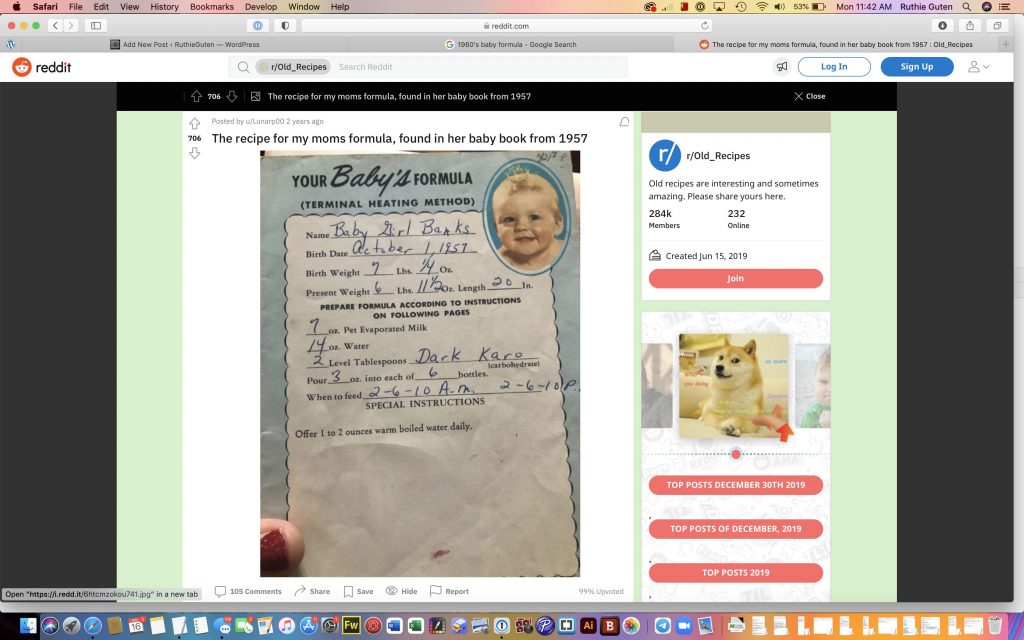 I am not a doctor and I am NOT RECOMMENDING anything or offering advice. I began questioning the role of pharmaceutical companies and our food supplies long ago. (Re: Same food labels sold in Europe often have different ingredients that those sold in America). I feel empathy and compassion for moms that are in fear and upset at the current political and manufactured shenanigans. I do trust Weston Price Foundation‘s recipe for homemade baby formula.

Here is a screenshot for a homemade baby formula recipe from Weston A. Price. 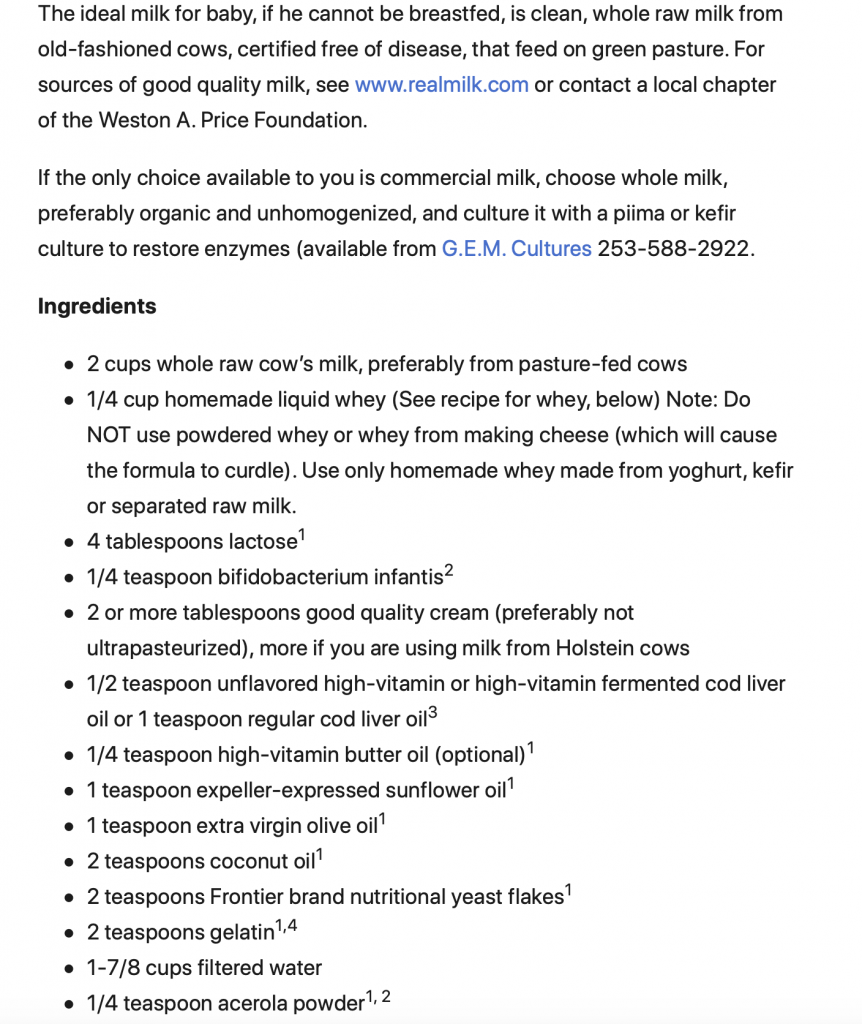 I do not understand why sunflower oil is used. If I were a young mom today, I’d find a substitute for this ingredient by contacting the Weston Price Foundation and asking about it. They have other recipes for babies as well.

All in all, my advice to you is to QUESTION EVERYTHING and follow the money.