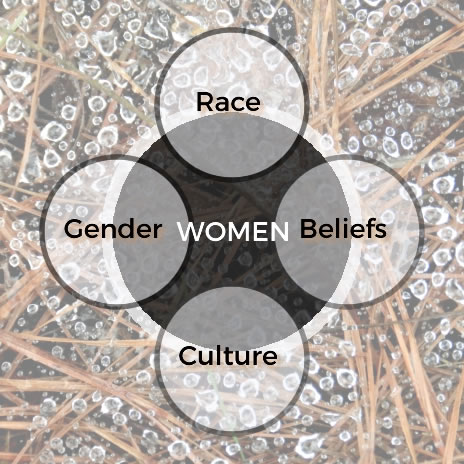 Several months ago, I was caught in the midst of a terrible family dynamic. At the time, I quickly realized that the dynamics were not about personality conflicts or disagreements between those involved. I quickly saw through the veil of emotional outrage and public displays of intolerance and knew that it was a clash between the old energy and the new energy; Specifically, it was a clash between the Male and the Female roles and how the cultural baggage we carry can unleash a rampage of pain via the rage and anger of those that feel entitled.

I see this same scene being played out on the world stage. However, it is hidden deep within the layers of many, many veils.

Racism – What is racism? It is pure and abject intolerance and hatred towards a specific race or people. How many of us have ever truly explored our prejudices? Do we cross the street whenever we see a person that looks a certain way? What are our fears? When did we first witness an act of racism? How did we feel? Why? Until we become aware of our own feelings and actions, we cannot possibly heal this part of our being.

Anti-Semitism – What do you believe about the Jewish People? Have you ever made a remark or joke about Jews? Many people do not realize that the word Semite defines both Arabs and Jews. The actual meaning of the word “Semite” is:

“…a member of any of various ancient and modern peoples originating in southwestern Asia, including the Akkadians, Canaanites, Phoenicians, Hebrews, and Arabs. A member of any of the peoples descended from Shem, the eldest son of Noah.”

Is it rational that there is so much hatred for a group of people that comprise only 0.17% of the total world population? What does that even have to do with you, you ask? Many people believe that the Holocaust happened a long time ago and such a thing could never happen again and some people believe that it never really happened. Could it happen in our own country? Kitty Werthmann lived it. She is a witness to history. Here’s her story. Where do YOU stand on this issue?

Tribal Warfare and “Ethnic Conflict” – How many times do we witness such conflicts around the world? What are the circumstances the appear to ignite such conflicts? Are human beings just violent by nature? Has this occurred since prehistoric time? In search for answers, I turned to an organization named Cultural Survival, an advocacy group for the Indigenous’ Rights. In an article aptly named, Tribal Warfare and Ethnic Conflict, R. Brian Ferguson explains that “in the early archaeological record of many regions, there are no traces of war, even in places where we have good recovery of the skeletons and settlements that would have revealed war if it had occurred. In later archaeological remains, signs of war appear, spread, and over time become much more common.”

“Archeological explanations include larger regional populations that increased competition; more anchored living that prevented people from moving away from conflict; social structures such as clans that provided flexible frameworks for splitting into “us” and “them”; the emergence of a distinct political elite with its own interests; trade in goods that provided something to fight over; and ecological reverses such as droughts or large-game extinction. As these factors became more common around the world, so did war.”

As we know, in today’s world of social media and instant headlines, many outside influences infiltrate (and fund) regional conflicts. Now we see groups that have formed to take the lead which are politically structured and not a part of ancient culture or regional culture.Their agenda is full control to have total power over all involved.

We recently witnessed a celebration in our country. SCOTUS approved same-sex marriage throughout the land. How did you feel when you heard the news? Do you know someone who is a member of the LGBT family? Do you understand the struggles that this group has faced throughout history? I’m not asking anyone to agree with a certain lifestyle – I’m just asking you to peer through the veil of your belief system with eyes of compassion and justice.

It is time for the conversation to use I/Thou vs. Us/Them. We have more similarities as human beings than we do differences. We have much work to do. 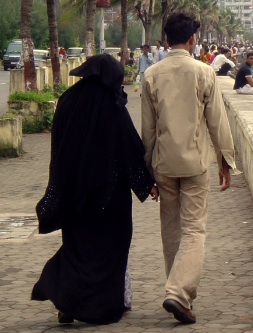 What group in this world do you feel is the MOST OPPRESSED?

“Worldwide, about 1 in 4 women were married before age 18, with the highest rates of child marriage in South Asia.”  http://www.data.unicef.org/child-protection/child-marriage#

Many of the world’s women are victims to:

“Gendercide Watch is aware of no overall statistics on the numbers of girls who die annually from infanticide. Calculations are further clouded by the unreliability and ambiguity of much of the data. Nonetheless, a minimum estimate would place the casualties in the hundreds of thousands, especially when one takes into consideration that the phenomenon is most prevalent in the world’s two most populous countries. Sex-selective abortions likely account for an even higher number of “missing” girls.”

“I’ll marry when I want. My mother can’t force me to marry. My father

cannot force me to marry. My uncle, my aunt, my brother or sister, cannot

do anything bad to me, I’ll marry when I want.

am all grown up.

I’ll marry when I want.”

Young girls in her country are sent to a traditional initiation camp that teaches girls how to “please a man”. The girls are pressured to attend the camp as soon as they reach puberty. Her sister, Ilene, was eleven when she attended the camp, got pregnant there, at became a mother of four children by the age of Sixteen. Memory refused to attend the camp and she successfully organized a campaign to secure a National Law that outlaws child marriage. Watch her Ted Talk.

“Marriage before the age of 18 is a fundamental violation of human rights. Yet among women aged 20 to 24 worldwide, about one in four were child brides. Many factors interact to place a girl at risk of marriage, including poverty, the perception that marriage will provide ‘protection’, family honour, social norms, customary or religious laws that condone the practice, an inadequate legislative framework and the state of a country’s civil registration system. Child marriage often compromises a girl’s development by resulting in early pregnancy and social isolation, interrupting her schooling, limiting her opportunities for career and vocational advancement and placing her at increased risk of domestic violence. Child marriage also affects boys, but to a lesser degree than girls.” 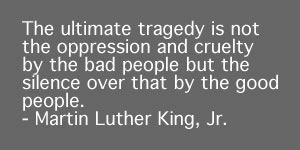 It’s up to us to evaluate our own belief system and to take steps to eliminate prejudice within ourselves. Please visit the following groups and let me know if there are any additional organizations that should be added to the list: