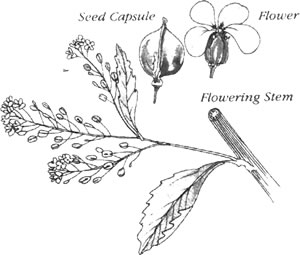 Did you know that for centuries horseradish was thought of as a medicine and not as a condiment? In the 1500’s, it was known in England as “Red Cole” and it grew wild in several areas of the country.

Horseradish can be used medicinally as the root contains an antibiotic substance as well as Vitamin C. It has been used externally as a compress that is heat-producing and pain-relieving for neuralgia, stiffness and pain in the back of the neck. It has been used internally to treat kidney conditions which cause water to be retained by the body, as it is believed to be a very powerful diuretic.

Allow the horseradish and mustard seed to soak in the water in a covered bowl for four hours, then strain. The above preparation concoction has been used as a diuretic (3 tablespoons, three times a day). It can also be mixed with white wine. 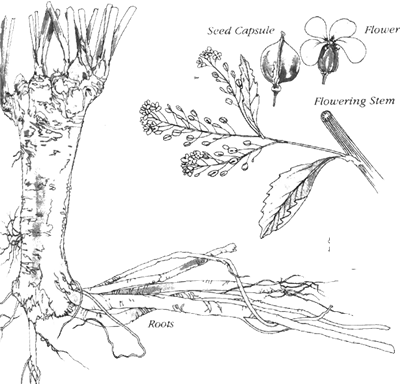 Make a syrup made from the following:

Horseradish has a sharp, mustardy taste. The condiment is made by grating the fresh root and adding vinegar. Some commercial versions add mayonnaise.